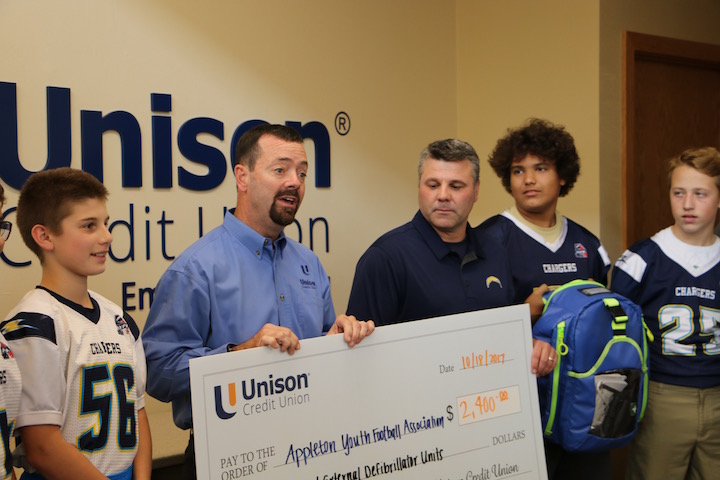 Each year in the United States, nearly 6,000 kids under the age of 18 experience SCA, a condition that occurs when the heart suddenly and unexpectedly stops beating. Often fatal, SCA is a leading cause of death in young athletes who rarely, if ever, show symptoms. However, with the quick and proper use of an AED, SCA survival rates can increase by up to 50 percent.

As an additional safety precaution for players taking the field, the donated AED units will be on hand at both home and away games as well as practices. Each AYFA team also has at least one trained user for the devices, further making safety a top priority.

Mark Hietpas, Unison president and CEO, was joined by Nick Salm, AYFA president, as well as coaches and players, who received the donation at the Unison Credit Union Grand Chute office.

Save & Accept
Powered by CookieYes